The Robbins TBM and experienced crew were able to overcome difficult conditions including severe water inflows, abrasive rock with a maximum quartz content of 92.6%, high energy rock bursts, and more.

The breakthrough of an 8 m (26.2 ft) diameter Robbins Main Beam TBM at China’s Yin Han Ji Wei project is not only a cause for celebration, but also a triumph of technology and perseverance. The machine overcame 17.5 km (10.9 mi) of tunnel in some of the most difficult geology ever encountered, breaking through in the first quarter of 2022. The water diversion tunnel traverses the Qinling Mountains of Shaanxi Province, with up to 2,000 m (1.2 mi) of cover.

“Every day was full of challenges. We are most proud of our teamwork and unyielding spirit,” said a representative for tunnel contractor China Railway Tunnel Group (CRTG). The ground, consisting of mainly quartzite and granite, was estimated to have a rock hardness of between 107 and 309 MPa (15,500 to 45,000 psi) UCS, with high abrasivity and a maximum quartz content of 92.6%.

“This was in my opinion the most challenging project ever completed by TBMs, and it proves TBMs are up to overcoming even the most difficult conditions. I have great respect for the CRTG crews and management, and I thank them for moving TBM technology to a new level,” said Robbins President Lok Home.

During tunneling, crews encountered over 14,000 rock bursts, some with energy as high as 4,080 kJ.  “Robbins’ overall equipment performance was excellent from the beginning to the end of breakthrough, and during seven years of excavation. This is despite the super hard rock with high quartz content, strong rock bursts, and substantial water inrushes,” said the CRTG representative.

Water ingress occurred a total of 69 times during the drive, with some inflows extremely high – exceeding 20,000 m3 (700,000 ft3) of water in one day from a single point. In-tunnel ambient temperatures peaked at 40 degrees Celsius and 90% humidity. 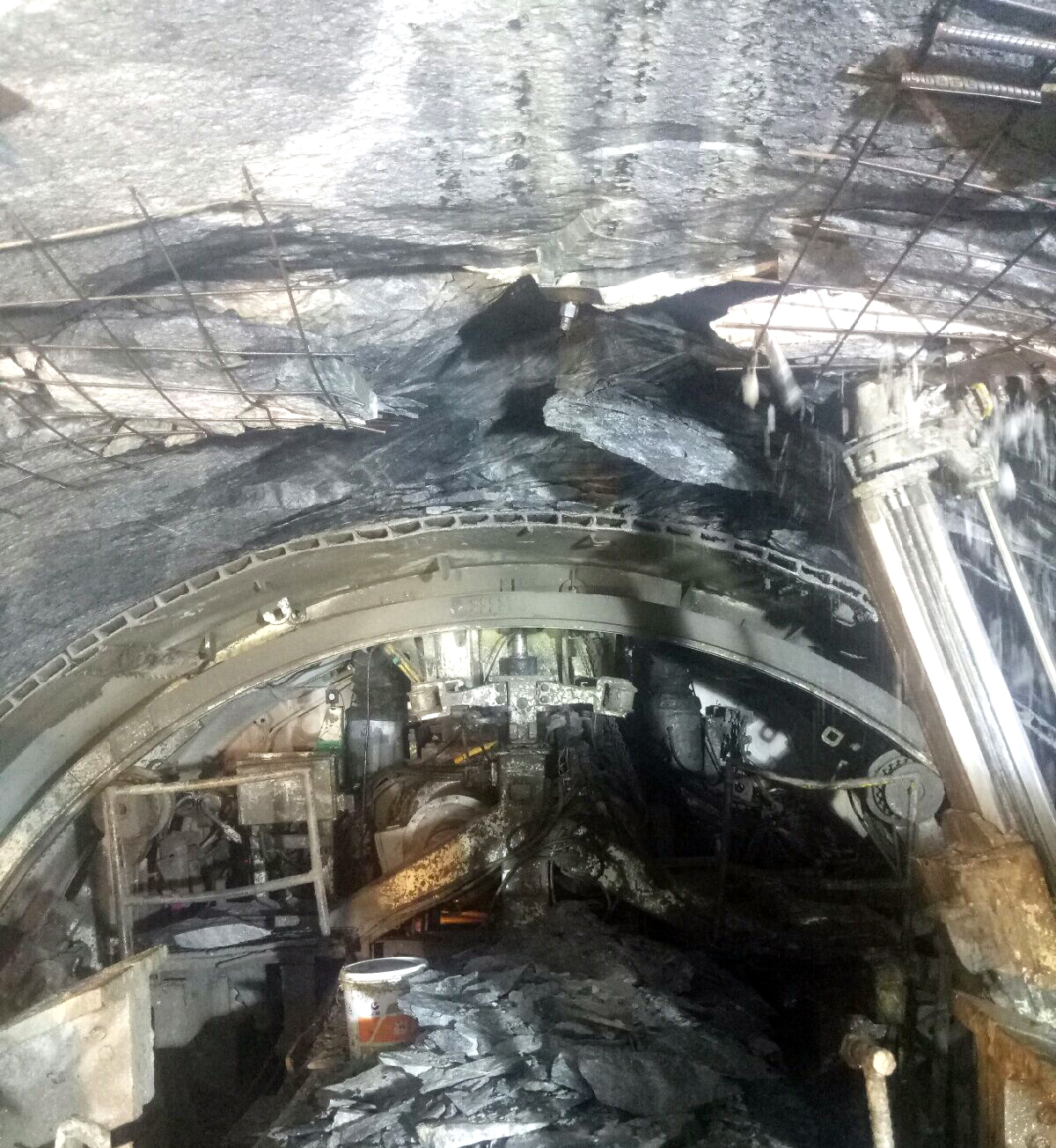 During tunneling, crews encountered over 14,000 rock bursts, some with energy as high as 4,080 kJ.

Throughout the challenges, the crew found ways to persevere. Rock bursting was controlled using steel slats in conjunction with the McNally crown support system, while zones of stress were predicted using a micro-seismic monitoring system. The micro-seismic system records rock stresses in a borehole 20 m (65 ft) ahead of the face and predicts the potential for rock bursting following comparative analysis with similar rockburst data from other projects, as well as from nearby sections of tunnel in the Qinling Mountains.

Water ingress was controlled by dramatically increasing pumping capacity in the tunnel to 41,000 m3 (1.4 million ft3) per day. Systematic probing ahead of the TBM was also used to detect water, as well as rock bursting. When ingress exceeded 70 percent of the in-tunnel pumping capacity, crews then carried out grout injections.

The abrasive, hard rock was another challenge, addressed by Robbins through the use of Extra Heavy Duty (XHD) 20-inch disc cutters that showed long cutter life and lower wear compared to standard 20-inch discs. The crew also optimized TBM operation with at times lower production rates where needed.  “Especially with such a huge challenge, a strong cutterhead is required to ensure production. The quality of Robbins’ cutterhead has been proven. The cutterhead can still work properly after the tunnel breakthrough,” said the CRTG representative.

With TBM tunneling complete, the route will become part of two other sections of an altogether 82 km (51 mi) long tunnel that will link up the Hanjiang and Weihe Rivers in Shaanxi province. The completed tunnel, for owner Hanjiang-to-Weihe River Valley Water Diversion Project Construction Company, will secure a water supply for towns and agricultural areas in Central China, while also generating hydroelectricity.